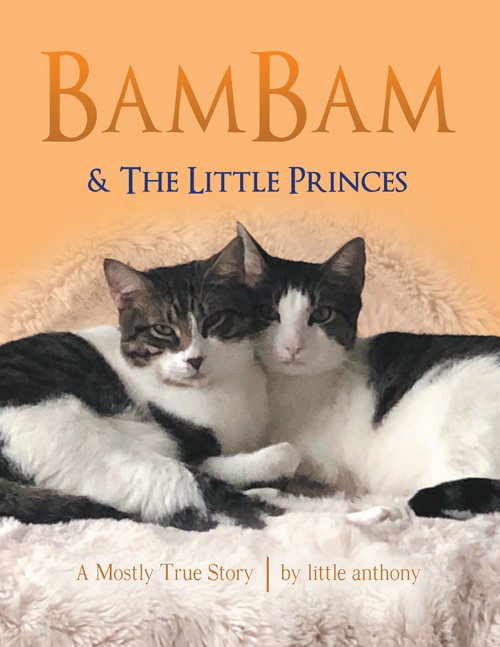 BamBam the cat started his life homeless until little anthony rescued him from the streets of Palm Beach. Since then, BamBam has come a long way. He fell in love with a princess, moved into her castle, and is now known as Prince BamBam.

After a Florida hurricane, two tiny, almost identical kittens fall in little anthony’s lap. They are named Antoun and Gilda but given the nicknames the “little princes” after Prince BamBam. The princes are each other’s best friends and have an amazing time celebrating their first birthday.

little anthony has done it again! Although he did not expect to raise kittens yet once again, he comes to realize that his mission in life is to rescue the lost and give them a happy home.

BamBam, the Prince of Valprivas!: Gets a Visitor 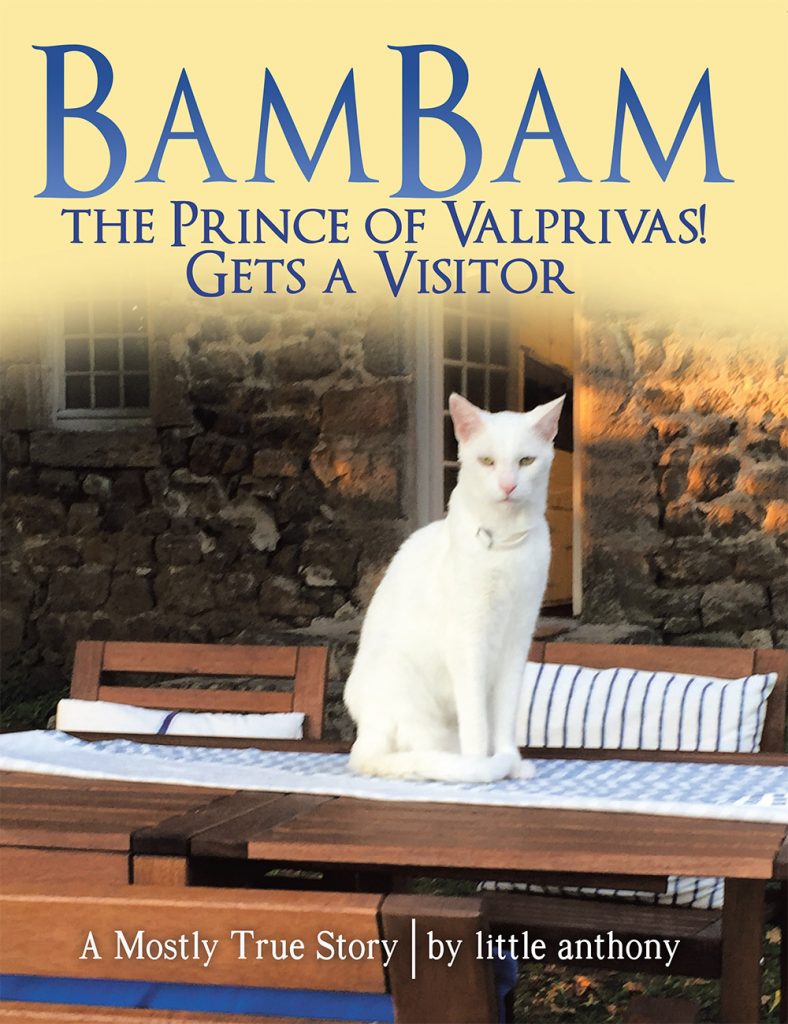 BamBam, the friendly Prince of Valprivas (pronounced Val-pree-va) is a cat that started his life homeless. One day, a little girl with big black eyes found him and gave him to a little boy with big brown eyes named little anthony . Once fully grown, BamBam fell in love with Princess Bijou of the Château de Valprivas in France, and he moved with her to live at her castle.

Some time has now passed, and little anthony longs to see his buddy BamBam. He finally makes the long journey from the United States to France to visit the Prince at his castle. Once he arrives, little anthony marvels at how regal BamBam has become. BamBam, recognizing his old friend, showers him with love, protection, and appreciation.

With Princess Bijou by his side, BamBam hunts in the garden; and Bijou climbs big, tall trees. They give little anthony a tour of the castle, including BamBam’s favorite place—the concert hall. Together, the old friends celebrate at one of the Queen’s splendid parties.

In bringing BamBam to Valprivas, it seems an enduring friendship has been built between America and France.

BamBam, the Prince of Valprivas!

BamBam is a tiny white cat with big green eyes. He lives all alone on the streets of Palm Beach, Florida, until a pretty young girl with black eyes scoops him up. The girl wants to help BamBam find a home, but her sweet but strict daddy won’t let the kitten stay. Instead, as luck would have it, the little girl has an uncle who knows a boy in need of a pet.

little anthony’s own cat has just gone to Heaven, so he’s all alone—just like BamBam. Soon, they find each other, and suddenly, BamBam finds an incredible new home in a mansion, thirty-three stories high! His adventures (and misadventures) begin as BamBam explores his new territory, but there’s even more in store for this tiny, white cat with big green eyes.

Once BamBam is fully-grown, he becomes a regal feline, adored by both little anthony and a special cat named Princess Bijou. With her, BamBam travels to France on a jet airplane and becomes a Prince. He lives in a castle known as the Château de Valprivas and fulfills his destiny as a royal, but he will never forget the people who rescued him and welcomed him into their hearts.

Please fill out the form below so that I can add you to my email distribution list.

I thank you in advance for your interest!